Most gay men own one or more sex toys, but we’re pretty shy about talking about them! Because of that, most of us also usually only have hearsay knowledge about what they’re made of, how to take care of them and how to use them.

Regardless of any brand name or proprietary substance that manufacturers claim to have invented, sex toys are really only made out of three major materials. The first, most popular and cheapest of them is Thermo Plastic Rubber (TPR).

The overwhelming majority (80%) of all packaged sex toys are made of TPR. That’s because it is inexpensive and easily formed into lots of different shapes through injection molding. A secret about TPR that no manufacturers ever tell you is that it only has a shelf life of six to eight years. After that it begins to break down.
Read more »
Posted by Gear Leather & Fetish at 10:41 AM 5 comments 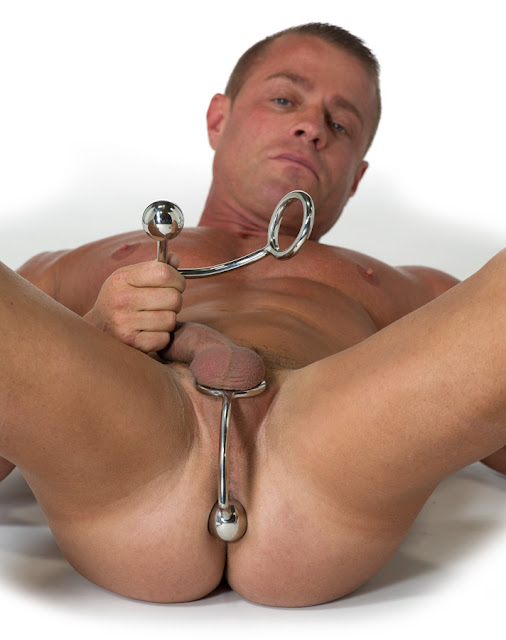 Save 20% on the Asslock Intruder! Now only $39.00! Fun for play, and super sexy to wear under your clothes as a kinky surprise for your man.

Plus get free shipping to continental US addresses on orders over $75!

This web offer lasts till April 19 and is limited to stock on hand while supplies last. This toy is very popular, so don't delay!
Posted by Gear Leather & Fetish at 12:28 PM 0 comments 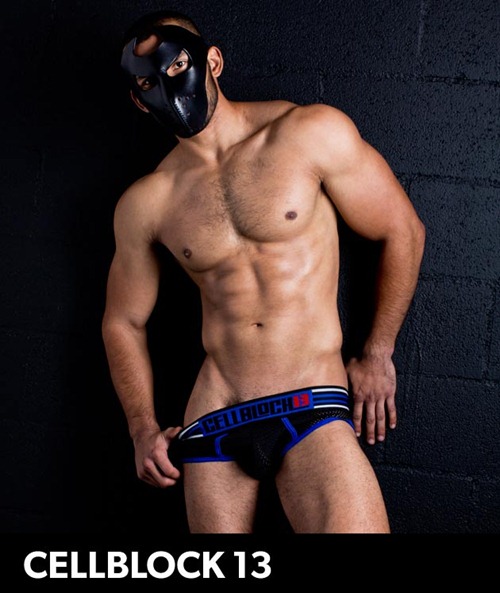 Pictured above: The Prizefighter Jock. Lo-rise athletic brief styling with a sexy, open back. Available in red, blue and yellow.

Cellblock 13 is available exclusively in Palm Springs at our retail store. 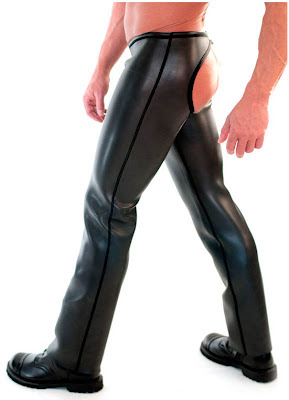 This week, save 30% on web orders for our 665 Neoprene Play Chaps, plus get them shipped free in the continental US too!

Our Play Chaps are made of sturdy 2.0 mm rubberized neoprene, with flat stitch construction for a great fit and feel. They have a lowrise front with open crotch and a regular rise in the rear. They’re shown here with black piping, but they’re also available with red and yellow piping too. See all of the colors and lots of NSFW shots on our website.

This web offer lasts till April 12 and is limited to stock on hand while supplies last.